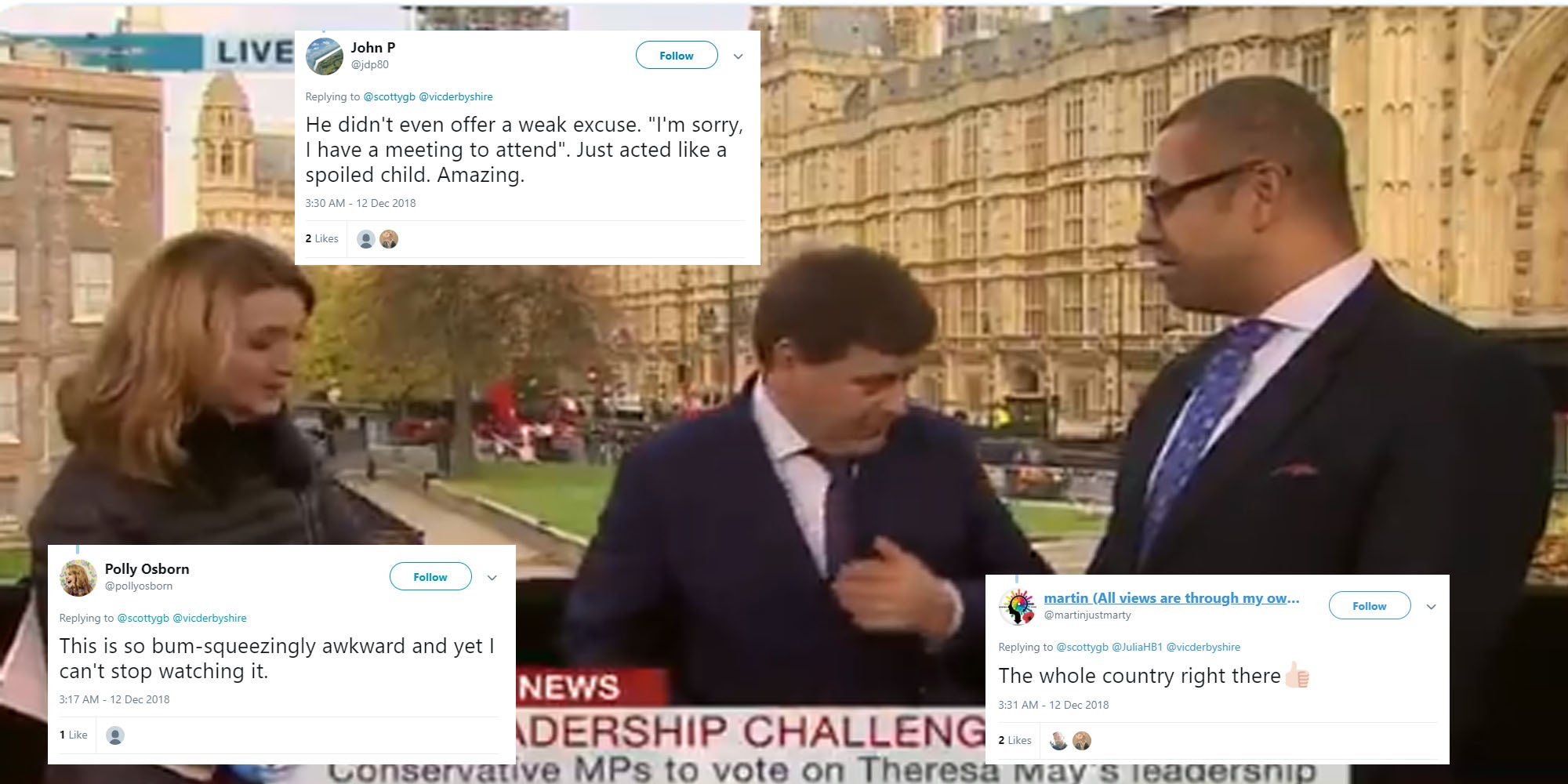 You’d suppose that when your nation is getting ready to a serious disaster, that its political leaders would put aside their private conflicts to attempt to rescue it – however this was clearly not the case in a really awkward alternate between James Cleverly and Andrew Bridgen on BBC this morning.

Bridgen and Cleverly – each members of the Conservative Celebration – had been concurrently being interviewed by Victoria Derbyshire on BBC this morning when the journalist stated:

I am going to herald your colleague James Cleverly, he is a Conservative MP. He is vice-chair of the Conservative Celebration. I collect that you do not essentially wish to discuss to one another. Are you content to?

After a toe-curling second of silence, Bridgen says: “I am going to go, if that’s fantastic,” shuffling previous Cleverley with out making any eye contact along with his colleague.

To make issues worse, Cleverley then retains a distance, awkwardly standing away from Derbyshire, who lastly urges him to maneuver in nearer earlier than persevering with her interview.

Folks on social media could not let the second go, with out saying how it’s: Tory Celebration unity on full show.

Extra: Tory MPs have been taking footage of themselves at foodbanks – and everybody made the identical level